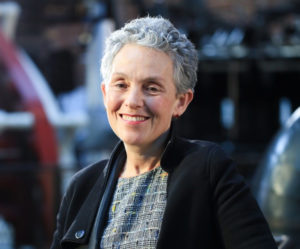 Sally MacDonald joined the Science and Industry Museum as Director in September 2014, from University College London (UCL) where she led on Public and Cultural engagement programmes.  Prior to this, Sally has held curatorial and leadership roles in several London museums, before setting up a multi award-winning museum and heritage service in Croydon.

Sally grew up in Manchester and is passionate about the museum’s role both as a symbol of Manchester’s industrial heritage and as an inspiration for the next generation of inventors.

She has served on several museum boards, and currently sits on the Arts Council England’s North Council, and is a member of the Royal Society’s Public Engagement Committee.

The Science and Industry Museum is part of the Science Museum Group – the most significant group of museums of science and innovation worldwide.