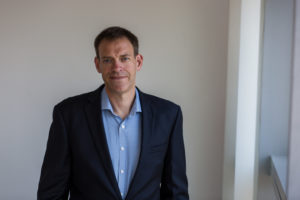 James oversees a dedicated and highly skilled team of individuals who regularly deliver over 135 events and welcome 1.2 million guests each year to one of the largest indoor arenas in Europe.

James has extensive knowledge of the music and live entertainment scene and sits on the steering committee for the National Arena’s Association which gives him a broad insight into the industry as a whole. Recognised as one of the top ten leading venue executives by Billboard magazine and with over 20 years’ experience in live entertainment, James spent time in London managing high profile sporting, conference and awards events including the BRITs 99 & MOBOs 01. In 2003 he moved to SMG Europe’s flagship venue, Manchester Arena (formally M.E.N Arena/Phones 4U Arena) as Director of Events, taking up the position of Assistant General Manager in 2010 before becoming the General Manager in 2013.

Manchester Arena is the only venue in the UK that offers complete 360’ viewing, its versatility enabling variety of shows and prestigious events, playing a vital part in the city’s rich musical heritage for past 24 years. The venue has had the honour of staging historic shows by local bands and international superstars alike, attracting music fans to the heart of Manchester from all over the world.