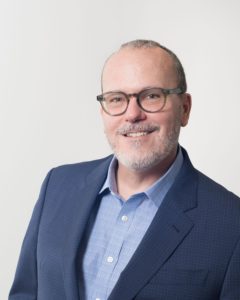 After graduating from Cornell University School of Hotel and Restaurant Administration, Gavin ran commercial hotels for over 6 years across the USA, during which time his hotels received significant awards.

In 1995, Gavin joined the Saratoga Convention and Tourism Bureau as President, a post he held for 12 years. During that time, the 9/11 tragedy occurred and Gavin was elected by his peers to lead a Tourism Recovery Program for New York State in a volunteer role, President of the NYS Association of Convention and Visitors Bureaus.

From 2008 to 2013, Gavin owned and operated Landry Hospitality Consulting Services; a full-service agency specializing in hotel development and destination marketing.

In 2011, Gavin was invited to join the New York University [NYU] School of Professional Studies faculty, teaching tourism at the graduate level. He received a prestigious award for teaching excellence in 2013 from NYU.

In 2013, Gavin became Executive Director of Tourism for New York State, leading the iconic I LOVE NY program. During his tenure, New York State’s tourism grew to record levels of employment, economic impact and visitation. Gavin also grew the investment in I LOVE NY from $9 million to nearly $80 million under his leadership; making it one of the largest government funded tourism programs in America.

Gavin resides in Brooklyn, NY and has a passion for sustainable travel.